Installation Instructions: Download the EQuIS SQL Form from the EarthSoft Community Center, unblock the *.zip file and extract the DLL to the EQuIS Professional installation folder. For default installations this directory is C:\Program Files\EarthSoft\EQuIS. The form will be available for selection once Professional has been relaunched.

The form allows you to write database queries for viewing data. If you do not have direct access to the database or to Microsoft SQL Server Management Studio, the form allows you to quickly find certain records in the database or to combine records from multiple tables using a join statement. For example, the form supports UNION and EXCEPT operators, along with TOP, ORDER BY and COUNT commands. Note that certain functions, such as deleting or updating, are disabled in the form.

Additionally, the SQL Form query can be published to the database and utilized in EQuIS just as any other EQuIS grid report, e.g. as a crosstab in the Enterprise Data Grid or EZView Widget.

The following instructions must be followed so that a non-admin ALS user can use the EQuIS SQL Form:

1.Publish the EQuIS SQL Form DLL to the database (i.e., EarthSoft.Forms.Library.42804.dll. (Once published, the DLL does not need to be installed on the computer running Professional).

Right-click the image above and select Save link as. Once downloaded, unblock the file and change the file extension from .txt to .sql. When executed, this script does the following:

3.Using EQuIS Enterprise, associate the users (ALS non-admin) that will use the form to the "EQuIS SQL Form" role.

For example, assign roles to a non-admin ALS as shown below.

Right-click the image above and select Save link as. Once downloaded, unblock the file and change the file extension from .txt to .sql.

4.Make all facilities visible to this non-admin ALS as shown below. 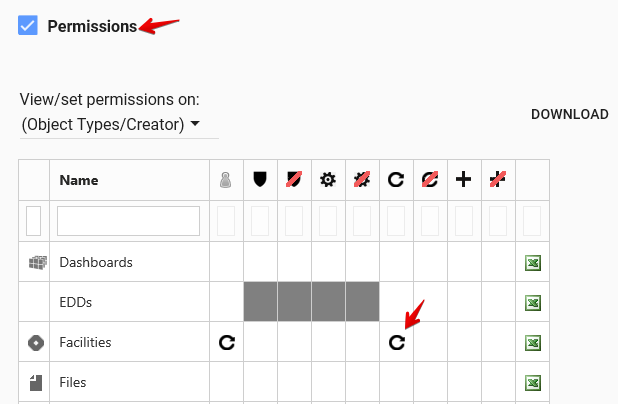 Comments can be included in SQL code used in the EQuIS SQL Form with the following caveats:

1.Comments before the code do not work.

3.Comments after the code must be noted with a double dash, i.e. --comment.